The University of Nebraska State Museum welcomed author and educator Virginia Driving Hawk Sneve and attorney Gena Timberman for the second annual Claire M. Hubbard First Peoples of the Plains Lecture on October 10, 2014 at the Sheldon Museum of Art.

Sneve, who lives in Rapid City, South Dakota, is an enrolled member of the Rosebud Sioux Tribe. She has published 25 books, most recently Standing Bear of the Ponca (University of Nebraska Press).

Timberman is a member of the Choctaw Nation of Oklahoma and lives in Oklahoma City. She currently is President of the Board of Directors of the Oklahoma Museums Association and is Principal of the Luksi Group.

The lecture concluded with a Q&A moderated by Executive Director of the Nebraska Commission on Indian Affairs Judi gaiashkibos. 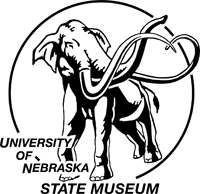